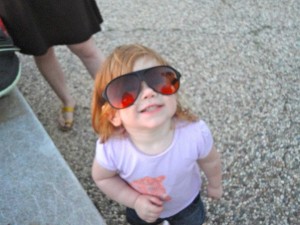 Any time you turn on the TV, open a magazine, or walk down the street, you’ll find a plethora of advertisements for incredible products that you can’t live without.  While many of these products may well be amazing, if you lose control of yourself and let the little kid inside take over, you can end up with a home filled with some cool stuff and retirement and savings accounts filled only with IOUs.  Perhaps worse than that, you’ll find that your resources were unintentionally spent on things you value little, and those priorities that you want to value highly go wanting.  Today we’ll dive into the topic of prudent spending and offer a few suggestions on how to enjoy some of the nicer things in life now, while preserving your future and tempering buying with wisdom.

I Need a New One!

One of the starkest examples I’m aware of that illustrates this danger dramatically is the following story.  A man owns an older car that he had purchased years ago and maintained well.  One day, as he’s tuning through presets on his car’s radio, one of the buttons pops off.  “Well, I can get by with only four presets,” he thinks.  No big deal. A few days later, while setting his coffee cup in its usual place, he hears a loud “Crunch!” as the well-worn plastic cup holder finally gives way.  A week after that, he notices that his brakes start squeaking, and then grinding.

“That’s it, he exclaims, “I’m getting a new car!”  And off he goes to trade his $2,000 car in for a $15,000 brand new one, for which he’ll take out a loan.  Normally our man would know better than to do such a thing, since he’d read the TotalThriver post on the value of saving for large purchases.  But, he let that information drift far from his mind in this moment of weakness since, even though he didn’t have the money saved up yet, he HAD to do this because it was an “emergency.”

Before we’re too hard on our reckless friend, we should recognize how easy it is to let yourself begin down this road, and then justify a higher and higher purchase price, ignoring the fact that you don’t have the money for any of this.  Our man did have a real problem.  His car radio, cup holder, and brakes all needed to be repaired.  Let’s even imagine that in this case, the total repair bill would have been high enough that putting such a large sum into an old car wouldn’t have been wise.  In this case, what our friend should have done was sold the car as-is.  Perhaps it would only bring $1500 because of the defects that he left unrepaired.  But here’s where our man went awry:  He thought to himself, (as we have all done one time or another), “well, since I’m getting another car anyway, I might as well get a nicer one while I’m at it…”  Though this isn’t necessarily a terrible sentiment, problems come when things go too far out of proportion.

A more prudent decision for our friend to would have been to spend $800 or so from his savings account to put with the $1500 that he received from the sale of the old car in order to purchase a $2300 vehicle.  Notice that this is an upgrade from the car he had before, and should definitely include functioning cup holders, a radio, and brakes.  Though a $2300 car isn’t as fun to drive as a $15,000 one, our man would have solved his problem while staying out of debt, thereby preserving his options.  By avoiding entering into a loan agreement, he will have more of his income available to replenish his emergency fund, and then begin his car savings fund.

This brings us to the more pleasant side of the coin—enjoying the good things in life in a prudent way.  According to the revised plan outlined above, our friend is on the path toward a better car, without the risk and bondage of the debt that came with the “new car today option.” As he saves the money month by month, he can evaluate how important a premium car is to him.  He lives, as most of us do, with some limit on his available cash.  Because we have these limits, we must decide which things are most important to us, and conversely, which areas we will tolerate a lower-quality product.  What we often don’t realize is that when we sign up for a $15,000 loan on a new car, we’ve just locked ourselves into a high-quality vehicle and low-quality everything else—potentially even very important things like a future home, retirement savings, kids college, and many other aspects of our lifestyle.

The point is that by having the cash saved up, you have multiple options.  You can think about what areas you desire a quality product, and what areas you’ll tolerate something lesser.  Perhaps you want a really nice car and don’t care about eating at restaurants or buying expensive gifts for others.  Or perhaps you don’t mind driving an old car but you’ve got to have a new iPad and an unlimited data package.  For you ThirveFit members, perhaps your priority is high-quality weight equipment, supplements, and nutritional products, and you’ll put up with a five-year-old computer and TV without complaint.  Whatever your combination is, the important thing is that you find out who you are—what’s important to you—and then make sure to limit your big purchases in lower-priority areas.  Though this sounds obvious when put this way, it is so easy to find ourselves “ponying-up” for a great ______, (car, tv, washing machine, computer) when we can’t really afford it, and then later regretting having so much money tied up in that item.  The point isn’t that you can’t have nice things; it’s that we all must be vigilant to resist the “kid in the candy store” mentality ruling our every purchase.  We are wise to remember that money saved on a purchase today is money we’ll have available for those things we truly value.*

*Incidentally, this could be another purchase, or something even more valuable like giving to others or supporting spreading the Gospel.  But we’ll save that topic for another day!  🙂

5 thoughts on “Controlling the Little Kid Inside”